Offering efficiency gains of more than 240% compared to traditional prepping and routing of bar length profiles, Promac Group argues the FOM ADIR can pay for itself within only a few months of installation.

The ADIR C was launched by FOM in 2016 but has, according to Promac’s Paul Yeo, come of age, as more fabricators move into aluminium from PVC-U.

“The FOM ADIR C gives you a high degree of flexibility”, he says. “As a starting point its suitable for machining aluminium and PVC-U, which should appeal to fabricators running both systems.

“But it’s in aluminium that it delivers some very impressive efficiency gains and does so at a very low cost. It’s really a ‘mini’ aluminium cutting and machining centre, which we can finance for as little as £330/month and a total price point of only £38K. for the ‘high end’ aluminium systems machining version 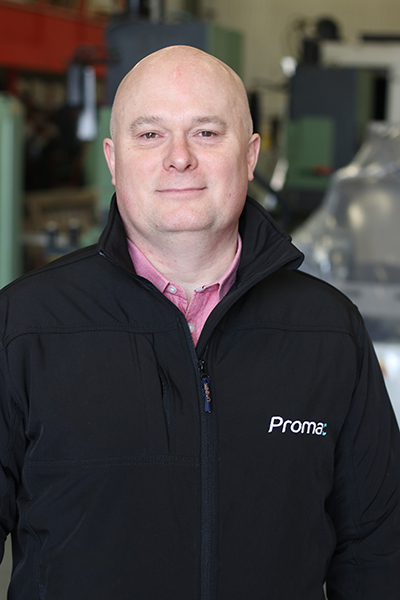 “That’s a really important point because there are a lot of smaller aluminium fabricators who feel that they’re being left behind. The ADIR C allows them to compete.”

The Fom ADIR C features a pneumatic three axes worktable with -90°, 0° and +90° positioning; 4 pneumatic vices, profile reference stops on the right and the left of the worktable; automatic tool changing, intermediate angle machining and can handle profile machining up to 6500mm.

“There’s a perception that you need to be spending hundreds of thousands of pounds to move your business forward. The FOM ADIR CNC demonstrates that this simply isn’t the case. As a smaller fabricator you can still compete, improve efficiency and deliver better quality.”

According to the Palmer Report, aluminium saw 24% growth at last count, including 26% growth in volume terms and installed value by 28% in sales of aluminium windows. Going forward forecasts suggest it will remain one of the key drivers of growth for the UK window and door industry. It’s dominance in the bi-fold door market – accounting for 59% of market share – is also tipped for continuing growth.

“Aluminium is a growth area but it remains highly competitive. You need to be efficient. That’s true if you’re there now or moving into the sector”, continues Paul.

“The technology that has earned FOM its reputation as an aluminium machinery leader and which underpins the larger platforms including the LMT65, LMX, DALI 40/70 and AXEL 4/5 – is also the foundation for the FOM ADIR C. It’s simply smaller but punches way above its weight in efficiencies, outputs and ultimately product quality”, Paul concludes.